A Treasure Trove of History

Welcome to The Oak Island Scrapbook.

In 1965, my father, James Troutman, set out on an expedition from California to Nova Scotia to meet up with Robert Dunfield, and Dan Blankenship, as 1/3 partner in a group to find the elusive treasure on Oak Island. Drawing on his previous mining, engineering and electronics experience in building metal detectors and hunting for gold. During the 4 to 6 month period of the expedition he was on, a few historic things happened, such as the causeway being built, to allow for heavy machinery and digging equipment such as cranes and bulldozers to be used on the island for the 1st time, probing old water sources and shafts which led to some box drains and wood artifacts uncovered. Film and Photos were taken, and an entire scrapbook of approximately 70 documents were created, before he moved on, to other mining interests around Nova Scotia. In 2014, the family has decided that these photos, film, and documents should be shared so that others can learn about what happened during this period of history on Oak Island. In 2014, our film was shown on the History Channel Program “The Curse Of Oak Island”, Season 2, Episode 2 (Return To The Money Pit). A short clip of this episode from History Channel is here: “Looking For Clues In An Old Film”

Thanks to Lee Lamb, Danny Hennigar, and others for helping to identify people in photographs. 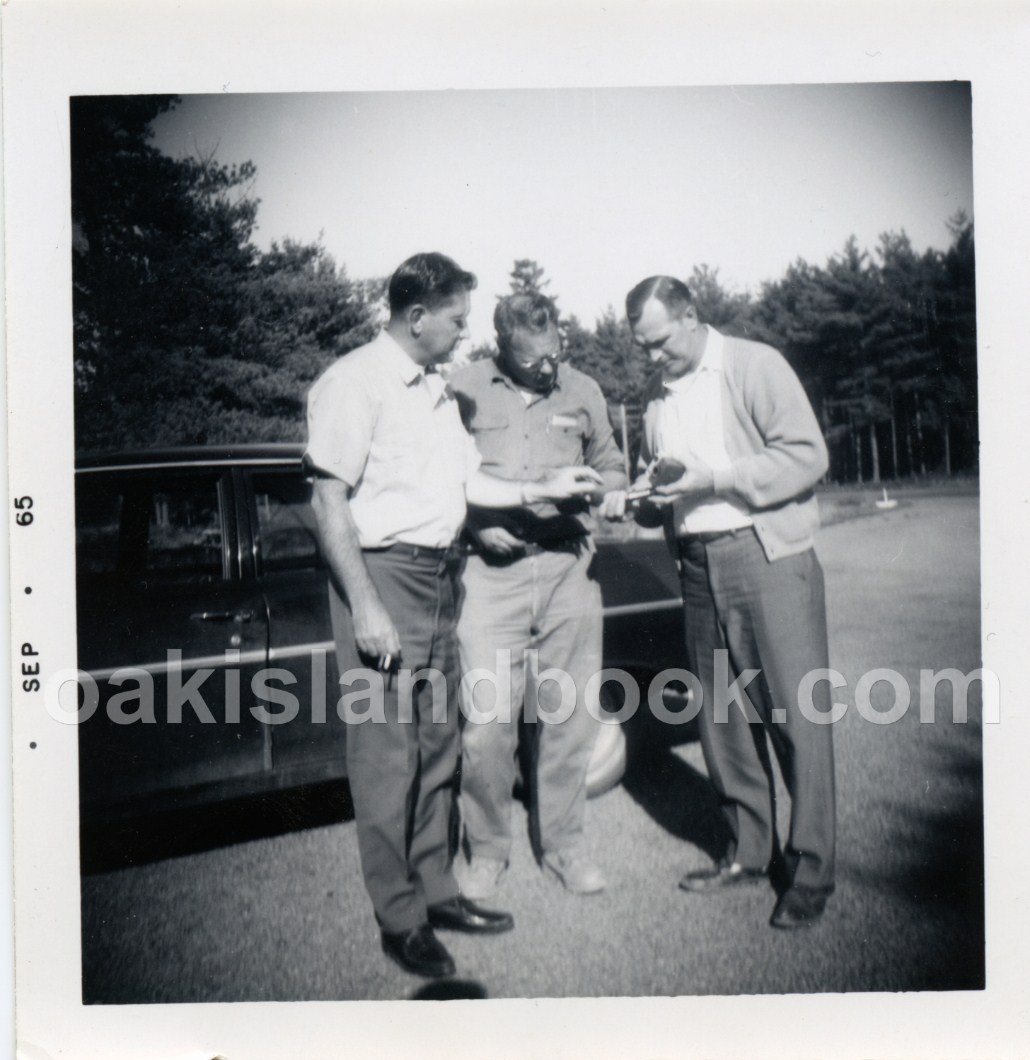 Click on the image below to visit the Official Page of the Stars Of The History Channels show
“The Curse Of Oak Island”, Oak Island Tours Inc (OITI):

Click on the image below to Book a “Walk The Mystery Tour” on Oak Island, contact
The Friends Of Oak Island Society (FOIS):

A Treasure Trove of History